Just to show Duane didn't have to be the leader of the band, but relished the excitement of a fun Hoot!
Here is Tom Sweeney singing "Stuck In The Middle With You" with all the wild musicians messing about at a Hootenanny at The Urban Homestead in Pasadena.  What complete fun!

This is another sample of a video that I uploaded there:


Thorin's  song and video called "Waltadena" was spurred by the discovery that WalMart is planning to open 2 neighborhood WalMarts in the little unincorporated town of Altadena. Nobody was "officially" notified. The fact that WalMart is coming to Altadena was discovered when a local resident asked a construction worker what he was working on.

For those of you unfamiliar with Altadena, this quirky little town just below the San Gabriel Mountains is literally on the way to nowhere (nobody drives through town to get to anyplace else). But it's proximity to Pasadena, Los Angeles and the rest of the LA basin has attracted a certain breed of of thinkers and doers who call this place home.

There is a movement afoot to "Save Altadena", from the changes that WalMart will visit upon us, and the movement has a website at http://www.savealtadena.com

An article about Save Altadena and Thorin's song showed up in the Pasadena Star News, - you can see the article until they take it away at: http://tinyurl.com/9kanzz3


Singer song-writer Duane Thorin soars in his new anti-banker, populist, parody song about a man living in his Coup de Ville because the banksters have foreclosed on his home.
Other Videos by Thorin 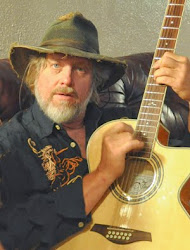